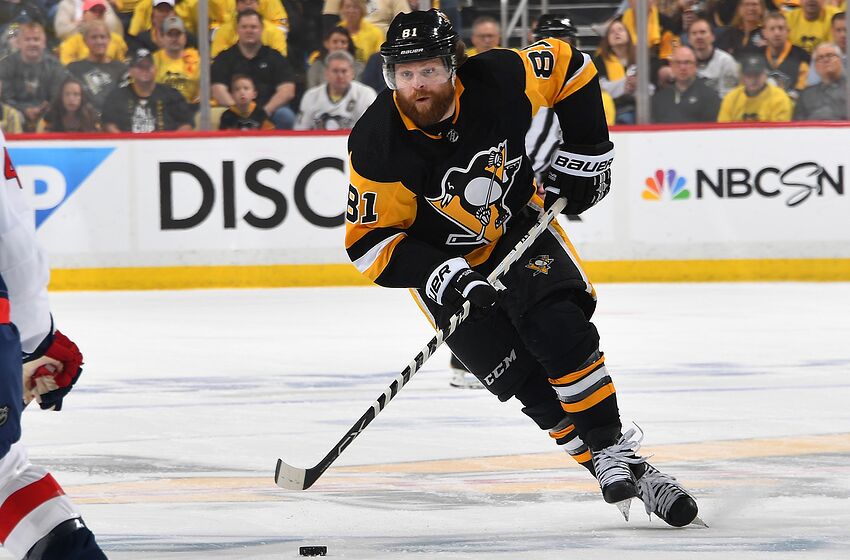 PITTSBURGH, PA - MAY 07: Phil Kessel #81 of the Pittsburgh Penguins skates against the Washington Capitals in Game Six of the Eastern Conference Second Round during the 2018 NHL Stanley Cup Playoffs at PPG Paints Arena on May 7, 2018 in Pittsburgh, Pennsylvania. (Photo by Joe Sargent/NHLI via Getty Images) *** Local Caption ***

It’s Time, the Pittsburgh Penguins Ownership Needs to buy into the NWHL by Nick Vucic
Penguins First Round Playoff Roundtable by Nick Vucic

Preparing to enter his fourth postseason as a member of the Penguins, forward Phil Kessel seems to be an enigma.

The team, and its fans, aren’t sure which version of Phil Kessel will show up in the playoffs. Having difficulty this season finding a steady forward line has only made the questions much more poignant. Will the playoff performer Phil Kessel show up or are we more likely to see a rehash of last year’s disappointing performance?

Prior to last year, Phil Kessel had never dipped below a shooting percentage of 10.2 in the playoffs. Last year, it was 5.6. During the two cup runs, it was 10.2% and 11.8% respectively. In the two Stanley Cup runs, Kessel averaged roughly a point per game pace (22 points in 24 games in 2016 and 23 points in 25 games in 2017). Last year, Kessel averaged only .75 points per game. While for most this would be a more than adequate effort, for one of the top-paid players on the team, it was disappointing to say the league.

What made it even more disappointing is that of the nine points Kessel scored in the 12 games the team played, only one was a goal (8%). In 2016, Kessel tallied 10 goals in 24 games (42%). In 2017 Kessel scored 8 goals in 25 games (32%). It was also the first time in his career that he ended the playoffs as a minus player, coming in at minus-5.  One of the most glaring issues from last year is that Kessel appears to have limited his shots on net.

Any good news from this regular season for Kessel?

Across the board, Phil Kessel has had a worse regular season than last year, which should be worrisome for the Penguins as they enter the playoffs. Less goals, less points, worse plus/minus, and less shots. What makes it even more alarming is that the advanced stats paint a direr picture, showing a far worse season compared to last year.

While stranger things have happened, Penguins fans should measure their expectations of Phil Kessel’s performance this offseason. The Penguins should expect to see a Phil Kessel more like last year’s version, than any other version and prepare adequately for that situation.